After an enforced break in 2020, the Show bounced back to celebrate its 70th anniversary, with 46 entrants keen to compete again.  The Show was opened by Basingstoke and Deane Borough Councillor Graham Falconer, and a celebratory cake was made by Louise Embling of Plain ‘n’ Fancy cakes.

Ninety-five year old Les Barber continued his success at the Show by winning 5 cups; achieving the  highest points in both the Vegetables & Flower classes; best roses; best vase of flowers; and the Floral Cup, awarded for the most points in the floral art section, which included a class  for an arrangement entitled ‘Over the Rainbow’, and also one with the theme ‘Winter’.  Other cups were awarded as follows:

A good crowd attended the Show and enjoyed looking at the exhibits, perusing the stalls, being entertained by the East Woodhay Silver Band, and watching local artist Helen Mortimer giving a demonstration on how to paint on silk, with the opportunity of then ‘having a go’.

Grateful thanks from the committee to all our sponsors, volunteers and loyal supporters. 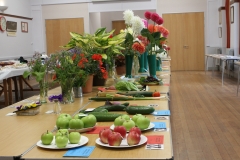 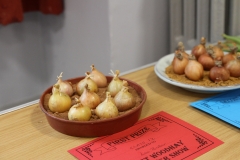 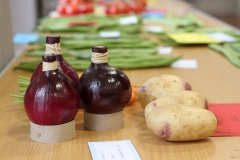 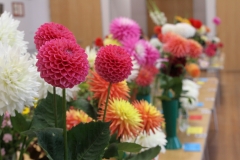 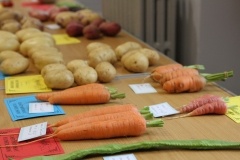 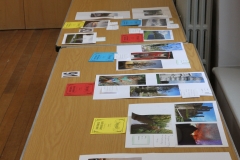